I never think about death in a morbid sense because I believe I came to terms with it in my childhood. As you will see when you read on, I didn’t think too deeply in those days.

At the age of eleven I was very near the tallest girl in my Catholic school class. This was not good in those days. I was already the skinniest, and was called toothpick legs by some of the boys in the class. The girls were close, but the boys, they knew how to hurt, and calling someone toothpick legs was about as cruel, I thought, as anyone could get. Something needed to change, so when I returned home from school I’d go into the bathroom and have a heart- to-heart talk with God. I explained ( pleaded) the importance of being four inches shorter, and if this were not possible, then he could just come and get me cause I wasn’t staying.

Well, the year went by and I didn’t get any shorter. But what happened was I became comfortable with the idea of death, and I believe it all began in the bathroom, bargaining (pleading) for leaving rather than staying.

I’d read in an eletter I’d gotten, perhaps 4 years ago, high praise for a book titled, The Sunfood Diet Success System. The next time I was in a bookstore I looked, but the book wasn’t there. I tried other stores. Couldn’t find it. Finally I went to the stores that were not considered mainstream, and there it was. I reluctantly picked it up. Reluctantly because it looked to me like information overload on a subject I wasn’t sure I wanted to know that much about. There were a lot of words in that book. However, the writer, David Wolfe, had put together a beautiful book.

It turned out that The Sunfood Diet Success System and I became fast friends. I read it from cover to cover a few times, highlighting the information I would need to become a “raw foodist.” I savored the words. They must have reached a part of me that was ready, because I felt, “Yes. I can do this. ” I was really excited. It wouldn’t be easy being in Manhattan and passing block after block of restaurants, bakeries, and take-out places having the most delicious foods. But . . .

David Wolfe came to town and gave a lecture. He taught us about coconuts and how to select the best ones. He opened a coconut and spooned out the milky white meat. It was similar to eating pudding. And the taste? Wonderful. He talked about many things; I was definitely hooked. At the time I was cooking for family, and knew no one would join me this time around in this particular endeavor. My main purpose was to have loads of energy and a clear head. And for one year I enjoyed every mouthful of my raw food meals.

Then there was a summer holiday and two couples came to visit. These four friends spend many weekends grilling steaks in their backyards. We had walked and walked in the East Village and were hungry. There we were in front of the Second Avenue Deli. We went in. It was merry and crowded and the smells came from everywhere. We sat comfortably at a big table- enough for lots of food- and began glancing at the many menu selections. And I noticed the very familiar pastrami on rye. The discussion was leaning towards sandwiches. And everyone knows that sandwiches in a Jewish deli at the right time is a taste worth persuing.

So, I didn’t blink an eye when the waitress pointed pen and paper my way and said, “And you?” It didn’t take but a few seconds to say, “Me. Well, I’ll have a pastrami on rye and a cup of coffee, please.” And my friends looked in my direction and smiled. That’s all they did was smile. Were they thinking, “Thank God. Now we don’t have to sneak out for a pizza anymore.” Or maybe they were thinking about the chocolate chip cookies that used to be in containers in my freezer.

Indeed. It was that way. You try things and sometimes they become a permanent part of your life. Sometimes they don’t. In both instances, you never do things in quite the same way ever again. 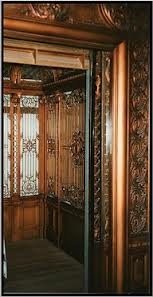 Once upon a time in Manhattan there existed elegant, old-world charm department stores. Then investors came on the scene who saw only money in their pockets, and not the beauty, and not the importance of keeping these wonderful places intact for the people living in and visiting this city. They  didn’t care that these buildings had their own special energy.  They ruined their essence with renovations and ideas that didn’t work, and then sold them when the profit they wanted was not realized. In the process, what was once grand was gone with the greed. I’m thinking of B. Altman & Co., Gimbel’s, Bonwit Teller, Franklin Simon.

B. Altman & Co. was located on 34th Street between Fifth and Madison Avenues. It was elegant throughout. The old beautiful water fountain ( it was not any old water fountain) was on the main floor, and had an ever-ready supply of drinking cups.  And all the floors had their own wonderful feeling, along with friendly, knowledgeable sales people who had been employed there for years. They knew the merchandise, and were thoroughly professional. If you weren’t sure what exactly you were looking for, they managed to find out for you.

The very large restaurant on the top floor was airily decorated with huge white birdcages hanging from the inordinately high ceilings. It was all white and had a dreamy feeling. The waitresses were always cordial. What a pleasure it was to be in that atmosphere.

Indeed, I remember the times when these special stores existed. I remember because lately I’ve heard people commenting about the sterility of many Manhattan neighborhoods. And started thinking of the many delightful small bookshops, the “mom and pop” places, and the wonderful, well-loved department stores that were once an important part of life in New York. I know change happens, especially in big cities, but maybe not to the extent that New Yorkers experience it. Ethnic groups arriving have always been a part of NYC,  and we get used to and enjoy what they bring,  and the old stands side-by-side with the new. That’s good; we learn from each other. But those elegant, old-world charm department stores, well, that’s an altogether different matter.

“But as we rise to higher levels of consciousness – as we attain higher viewpoints of life – then the very laws of nature tend to change. Also, the electrical phenomena of life change, the energies of life are different, the norm of living changes. The actual realities of life are different. The limitations become fewer. The very “facts of life”change as we rise in consciousness! This is why miracles are possible. They are manifestations of higher laws which become available to higher levels of consciousness.”
The Advent of the Cosmic Viewpoint
– Bryant Reeve

Does this quote have any meaning to you? It doesn’t have to, of course, but can you just ask yourself whether it does? why it does? What it does? If it does.

Robert Louis Stevenson’s words:
There is so much good in the worst of us,
And so much bad in the best of us,
that it will not behove any of us,
to find any fault with the rest of us.

July 9, Saturday, was a perfect day to go to Strawberry FIelds. A steady stream of people, mostly tourists from many countries, strolled past and took pictures or sat quietly. A guitar player sitting on a bench steadily played the Beatles music. And I was surprised to see so many people staying to enjoy the stillness and the music. So, I sat and watched and stayed for a long time. A man in his thirties got up from time to time to rearrange the roses and remove any little leaf or paper that fell. I wondered whether he appointed himself caretaker of the area. I stayed because I didn’t feel like leaving that pocket of quietness. Pictures continued to be taken and when the guitarist played “Imagine All The People Living Life In Peace” we sang, we hummed, we reflected. I was so glad to be in this place at this time. It was a fine place to reflect on peace for our world.

A second guitarist arrived to play, and the one who’d been playing placed his guitar on the ground. I didn’t want to leave, but it was time. It was a lovely peaceful Saturday afternoon in Manhattan. And the peace was felt by all those who were there. And that’s very good.