I’m always curious to read what’s written about Ancient Aliens and their connection to us. What’s exciting now is that reliable, well-informed people are dedicated to unraveling the truth about this subject. There was a time when only a few were privy to discoveries, or if they were revealed further information was not forthcoming, or it was misleading. However, In recent years those who are dedicated to the cause of revealing the truth of all that’s been discovered are in a tug-of-war; they appear to be making some headway, although the process is painfully slow. Are you with me? Am I making sense of all this?

Philip Coppens “is an author and investigative journalist, ranging from the world of politics to ancient history and mystery,” and in Watkins Books, Issue 30, BODY MIND SPIRIT is an article he wrote, We Were Not Alone The Ancient Alien Question, and in it he gives a preview of how things are progressing in the search for knowledge pertaining to this immensely interesting subject. We’re brought up-to-date on the opinions of a few archaeologists, and he also says that: “Many of the leading archaeologists are also often embarrassingly unaware of the latest archaeological findings their colleagues make.”
www.watkinsbooks.com

A few things mentioned in the article are:
Erich von Daniken in his book, Chariots of the Gods, pondered whether the Nazca Lines in the desert sands of Peru could “be an ancient airport.”
“There are the quaint descriptions in the Bible” – e.g., “What to make of Genesis 6?”
“What has astronomy discovered?”
“British astrophysicists Sir Fred Hoyle and Chandra Wickramasinghe have even shown that a number of viruses – including the common flu virus – come from outer space, arriving on our planet riding on passing comets whose dust settles in our upper atmosphere.”
“Francis Crick, the co-discoverer of the structure of DNA, in the 1970s, he argued that DNA was too complex and intricate to have been accidentally created in primordial ooze on Planet Earth. Half a century on he is being proven correct.”
new archaeological discoveries
and more

His new book is THE ANCIENT ALIEN QUESTION: A New Inquiry into the Existence, Evidence, and the Influence of Ancient Visitors, and judging from the article from which the above was taken, and from the vast amount of information on his website, the book should give readers more insight into a subject that has piqued the curiosity of many, and who are hoping that soon an answer to the following question is forthcoming: Did Ancient Aliens visit Planet Earth? Then we can go on from there and answer all the other questions – maybe. It seems a complicated situation what with scientists, archaeologists, those in “denial,” and those feeling there’s plenty of evidence all having a say. However, it’s been said that persistence pays off. 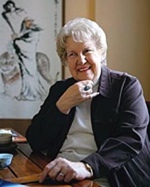 Dolores Cannon is a writer, past-life regressionist, teacher, international speaker, and pioneering hypnotherapist “who specializes in the recovery and cataloging of ‘lost knowledge,’ ” and it doesn’t stop there. I’d say that she’s surely her own person. Have you clicked on to her website recently? I just listened to Lilou Mace interviewing her, and in the video she uses the phrase “mind bending.” It was that for the most part for me. She talked about the new earth and the old earth, the reasons many people are changing their diet, forgiveness, fear, love, water, manipulating energy, upgrading ourselves, ending the cycle of karma, back-drop people, strange and unusual concepts, and more. It’s very good for the brain to hear new things, often we experience a shift, and that’s exciting.

Philip Coppens and Dolores Cannon are both devoted to and have strong feelings for what they do, and in hearing and reading about their views – whether we understand or not, believe or not – we can’t look at this vast universe in quite the same way as we once did.

There are more things
in heaven and earth, Horatio, than are dreamt of in
your philosophy. – William Shakespeare

Lilou Mace has given us another exceptional interview with famous glass artist Narcissus Quagliata, and the creator of El Santuario at Valle de Bravo (two miles outside of Mexico City), Michel Domit. 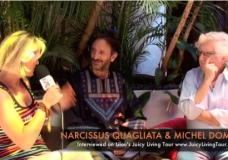 These two creators, with Lilou Mace, treat us to a remarkable interview which, if we carefully and deeply listen, will change us. I want to entice you to watch it on juicy living tour by writing about a few things that were discussed, and, when you’re ready, to search for the video titled “The Importance of Stopping the Mind! Mexico.” I’ll try to piece a little of it together for you to whet your appetite, although it won’t sing to your heart in the way watching and listening will. Something begins to stir in the listener when hearing about the creation of the beautiful light from the dome reflecting everywhere, and the amazing before and after story of El Santuario and the dome, hearing the words: heart, love, consciousness, creating, quieting the mind, the holy quartz mountain that has a spirit, quieting the mind, atoms, stars, the Tibetan monks, revelation, transformation, quieting the mind. . . .

We have two imaginations – one the perceptive, the other the creative – though no one talks about it, Silva Mind Control founded by Jose Silva does, and Michel Domit taught it for twenty years.
www.silvamindcontrol.com

Narcissus Quagliata created a beautiful dome for El Santuario. Before doing this, though, he took absolute quiet on the mountain for three months. He said that people have to learn how to quiet the mind and create a vacuum. And if you stop internal dialogue you become enlightened. He said that he created the dome by pushing away everything that was unnecessary. He said the most frequent question asked is: How did you invent the imagery? How did you invent it? The answer is simple, he said. I invented it by pushing away everything that is unnecessary. I create an empty space and then the images find me. I don’t go find them – absolute quiet and then I just stood still and within days my place was crowded with images. By quieting the mind you become a vacuum. That’s how Siddhartha became the Buddha.

Michel Domit said that his teacher Carlos Castenada insisted so much on stopping the internal dialogue – it is not us. The mind we are using is wonderful, but if we don’t know where the turnoff button is, it’s terrible. It can actually drive you crazy.
www.castaneda.com

And so, the above is just a skeleton of a most interesting and enlightening interview; it’s much more exciting to watch and listen to it because time and again what’s stressed is that there’s so much more to life, and to us, than what we now believe. And the possibility of things being a lot different for us were we to deeply listen to the dialogue between Narcissus Quagliata, Michel Domit, and Lilou Mace on the video “The Importance of Stopping the Mind! Mexico” is very real.

*********************
“In the universe there is an unmeasurable force which shamans call intent, and absolutely everything that exists in the entire cosmos is attached to intent by a connecting link.”
– Carlos Castaneda

Lilou mace certainly knows the right questions to ask when she interviews, and she manages to interview people from around the world who have a lot of interesting things to say. For instance, she asked all the right questions of Foster Gamble, and he spoke honestly about his life (his thoughts on being an heir to the Proctor & Gamble fortune – not what you think – though very refreshing), and he said that the things he’s involved in “move my spirit and thrill my heart” such as he and his wife’s movie, THRIVE WHAT ON EARTH WILL IT TAKE which was eight years in the making, and can be viewed in ten languages. Of course, there’ll always be people who disagree, as with the movie, which tends to make for interesting discussions. For a preview of the film, check out: www.thrivemovement.com If we wish to join in the movement, we can click the “solution section” on the website.

Lately I find that the movers and shakers say things that take my breath away. They are the ones who are focused on finding ways to save us and the planet, and have a burning desire to change certain systems so that they work for everyone and not for just a few. Do you agree that we’re living in a fascinating world?

As for the interview with Foster Gamble, click on Lilou Mace’s website: www.juicylivingtour.com . I don’t think you’ll be bored, and there’s always a chance of coming away a bit wiser and smarter from having watched and listened.

Good night. Make sure your dreams are sweet.

Have you listened to Anita Moorjani being interviewed by Bob Olson, Cheryl Richardson, Lilou Mace? – that’s not all; there’s more to watch. In every video interview her words continue to amaze, and the interviewers bring out different parts of her story for discussion.
www.anitamoorjani.com

In his two interviews with Anita Moorjani on her website, Bob Olson shared parts of his and his wife’s interesting journey into healing when Anita discussed her bout with cancer. He has an easy going style, and yet his questions and knowledge set the stage for a rather profound conversation about healing and her NDE. Wonderful listening! Bob Olson’s website is:
www.afterlifetv.com

Cheryl Richardson brought up some important insights pertaining to Anita’s NDE. The answers to questions asked of Anita could greatly benefit any one listening. If you’ve read her book The Unmistakable Touch of Grace, you understand the reason listening to her interviewing Anita Moorjani is indeed wonderful listening.
She has this to say about her book: “This book tells the story of how grace has transformed my life as well as the lives of others. While some stories may seem unbelievable, all of them are true. Once you finish the book, the way you view your life (and the people in it) will be changed forever.” So true; I’ve read it and can vouch for it. Her most recent book, YOU CAN CREATE AN exceptional LIFE is co-authored with Louise Hay.
www.cherylrichardson.com

And Lilou Mace’s questions highlighted other aspects of Anita’s story which were all related and relevant to the other interviews. Again, wonderful listening. Lilou Mace’s Juicy Living Tour website has its own absolutely top-notch videos by way of Lilou Mace traveling around the world to interview the shakers and movers who – how to say this? – well, let’s just say, help us get from here to THERE. Click on and listen. There’s a huge chance you won’t regret it. And while you’re there, check out Lilou Mace’s full- of-adventure life and how she creates it.
www.juicylivingtour.com

Normally I resist being glued to a computer. However, today was different, and although it was lovely outside, I didn’t mind staying in for most of Sunday afternoon – the remarkable interviews on the above-mentioned websites had me mesmerized. It’s impossible to listen to one video and not want to hear another and then another.

“a clear mind can see many more options – unlimited options. It can act efficiently, effortlessly, intelligently, in the present moment, and not be stuck in its deadly stories of past and future.” – Byron Katie 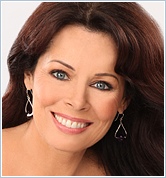 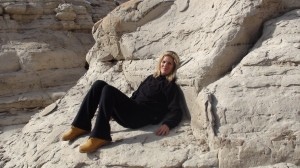