Sometimes we happen upon a website that simply grabs our attention and doesn’t let go. For the past month for me that website is www.afterlifetv.com with Bob Olson. He has been researching the spirit world for twelve years, and in a video on his website, “From Private Investigator to Afterlife Investigator – The True Story” he talks about how he, a skeptic who has a degree in criminal justice and wanted to work for the FBI, or an organization of that ilk, became a private investigator instead, and “fell into” becoming a psychic medium investigator after the death of his father. It’s been written many times that there are no accidents, and it’s obvious that his years as a PI prepared him for his years as an afterlife investigator. It greatly helps to know his background, he said that he stopped counting after interviewing 300 mediums before agreeing that the spirit world, and all it implies, is a very real world. After one reading with a medium, “concrete convincing evidence came through,” and, he said, “that’s when I realized that there’s more to life and death than I ever realized.” Of course, it’s not mandatory to listen to the video in which he discusses his background, though it’s engrossing; however, your belief will be strengthened, and you’ll feel confident and comfortable in taking in his words because you’ll understand that he knows what he’s talking about.

There is a video on afterlifetv titled, What Happens In The Afterlife To People Who Commit Suicide.” it’s an exceptional video, and it can help anyone who is grieving for a loved one who has passed on in this way reach a new understanding.

Also are “two resources for locating legitimate psychic mediums,” and they are: www.bestpsychicmediums.com and www.BestPsychicDirectory.com

When I was young there was an old cemetery not far from where I lived, and I would take a book and go there. Reading the book took second place; reading the names and dates on tombstones took priority. It’s okay; you can call me odd. Though I’m betting that there are a lot of people who feel the same as I do. I feel comfortable in cemeteries and feel that life and death are nicely connected. All we need do is look at the beauty of the world – not necessarily man’s creation, but God’s.

May your dreams be sweet tonight.

**********************
“. . . Many years later, Dr. Alexis Carrel – then a famed surgeon awarded the Nobel Prize for his medical research and discoveries, wrote, ‘We must liberate man from the cosmos created by the genius of physicists and astronomers, that cosmos in which, since the Renaissance, he has been imprisoned. We now know that we . . . extend outside the physical continuum. . . . In time, as in space, the individual stretches out beyond the frontiers of his body. . . . He also belongs to another world.'”
– Divine Interventions by Dan Millman and Doug Childers

There’s a woman out there who has an incredibly interesting story, and listening to it was quite entertaining. If you have about ten minutes to watch her video, what she says might leave you wondering about certain things. Then again, some on google call her a fraud, and others can’t seem to say enough wonderful things about her. So, is she is or is she isn’t a past-life regressionist doing what she says she does? And is she authentic in her writings?
www.dolorescannon.com 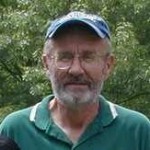 And there’s a very simple to read website having a kind story along with information we can use. The message can show us how to help Mother Earth by reading Earthwalker Blog, Earth Helpers, 21 Ways to Help, and About the Ecozoic Handyman www.people4motherearth.net 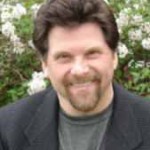 And there’s a place in Pennsylvania having 30 private acres, and it looks liike very good energy can be found there. It’s website heading says, “Ancient Health Concepts In a Modern World.”
www.inner-strength.org

The sky is dark; the evening is young, let’s enjoy.