When I was an undergrad I took a South East Asian music and culture class to fulfill a humanities requirement. It turned out to be a hidden gem full of great writings. One of the lessons that really struck me was the study of Sufism. The praise of happiness and music as strengthening one’s spirituality really flowed for me as a genuine belief of nurturing the soul. It was just a brief part of the course, but it touched me enough to want to seek out more information.

Last year I bought the book, “The way of the Sufi” by Idries Shah, it is wonderfully well-written. Many gifted teachers and mystics have contributed to the writings and lessons of Sufism for hundreds of years, and so instead of generalizing their teachings together, Shah has divided much of his book into bios of these spiritual philosophers, followed by their individual contributions. I strongly recommend it as both a learning tool and an eloquently written history book.

The following is Idries Shah’s bio from the beginning of the book:
“Idries Shah devoted much of his life to bringing the West a clearer understanding of Sufism. Born in 1924 into a family that traces itself through the Prophet Mohammed and the Sassanian Emperors of Persia, and beyond that, back to 122 B.C. – perhaps the oldest recorded lineage on earth. Shah was the author of many books. He wrote on subjects as diverse as travel, bibliography, literature, humour, philosophy and history, but it was for his books on Sufi though that he was best known. Shah’s enthusiasm for cross-cultural studies led him in 1965 to establish an educational charity, the Institute for Cultural Research in London, where he became Director of Studies. He also founded the Afghan Relief organization after the Soviet invasion of Afghanistan in 1979. Idries Shah was awarded the Dictionary of International Biography’s Certificate of Merit for Distinguished Service to Human Thought. He died in 1996.”

Here are a few powerful quotes from Sufi writings:
“Every clique has a theory about me – I am mine; what I am, I am.” -Omar Khayyam
“I will not serve God like a labourer, in expectation of my wages” – Rabia el-Adawia
“Do not regret the past and do not worry about the future” – Dhun-Nun

And my two favorite:
“All wisdom can be stated in two lines:
“What is done for you – Allow it to be done. What you must do yourself – make sure you do it” -Khawwas
“If you could untie your wings and free your soul of jealousy, you and everyone around you would fly up like doves” -Rumi 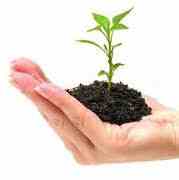 Monitoring ourselves is a good idea when listening to the nightly news, reading mainstream newspapers and magazines, watching tv, talking about and listening to problems – ours and others, surfing the internet, and when choosing movies and books. When we’re not diligent about monitoring what we’re subjecting ourselves to we’re inviting our energy to be zapped causing low vibrations, and a day that won’t serve us well. A lot of what’s out there keeps us focused on nonsensical and negative things that plant seeds of discontentment. Those kind of seeds have a way of showing up at any time, and when we’re not watching, we’re captured, captivated, and affected whether we know it or not.

Removing ourselves for as long as it takes to restore our vision of what we want our life to be paves the way for a healthier life for ourselves and others. Our life is a gift. We have an imagination; it’s also a gift, and we can use it and not let it use us. We have intuition and it’s our friend, e.g. we could be with someone who seems perfectly okay, however, somehow we feel drained when with that person. It happens, we need to step away and ask (our intuition) what’s going on. When we listen to it we encourage it to respond to us; it wants to help and it will if we let it.

Every so often I put on a disc from the 15-part series of the extraordinary documentary A HISTORY OF BRITAIN by the award-winning historian, Simon Schama. It reminds that in the course of history people come and go, situations don’t stay the same, and throughout the ages certain people want what they want no matter the cost. It’s a heavy history lesson this documentary, and to me it indirectly teaches that in this day and age we can make our life a work of art and not hand it over willy nilly to outside influences.

“I gazed in the river’s direction. The Nile! What magic lies in that name? Twice every day the priests of Egypt had to bathe their bodies in its waters in order to preserve their purity, and twice every night. In India the Brahamin priests do the same thing today, for the same purpose; save that they pour the waters of the Ganges or Godivari over themselves, and save that they do not disturb their nights. Both Egyptions and Indians had the same theory – that man picks up an invisible personal magnetism from his contact and intercourse with other persons, and that frequent washings were neessary to get rid of these acquired influences, which might so often be undesirable, if not worse.” page 200
A Search In Secret Egypt by Paul Brunton
www.paulbrunton.org

“Do you know the meditations of our poet Rumi? He has written that there is no reason for fear. It is our imagination that blocks us just as a wooden bolt holds the door.”

“The deeper the self-realization of a man, the more he influences the whole universe by his subtle spiritual vibrations, and the less he himself is affected by the phenomenal flux.” – Swami Sri Yukteswar

“Faith dares the soul to go further than it can see.” William Clarke

“I am not afraid of storms for I am learning how to sail my ship.” – Louisa May Alcott 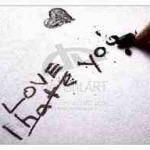 I’m thinking that Charlie Sheen should be allowed to have a private meltdown without all the media fuss. And that includes all the other “celebrities” who are in the same boat.

Doesn’t it strike you as puzzling that with everything going on in the world, and with all the many fascinating things there are for us to learn about and write about and think about and talk about that – day after day, week after week, month after month, year after year, we’re fed a steady diet of nonsense.

Unless we put blinders on, it’s impossible to not see the big headlines and the calling-for-attention photos popping up at every turn. Click on to aol “news” and there’s Charlie Sheen a good part of the time these past few weeks, pass magazines hanging all around sidewalk newstands, next to store registers, and in major book stores having the same silly articles month after month, and then we have what’s called “news” on tv.

In any event, it’s all part of the world we live in. Along with beauty, love, compassion, harmony, there’s a part of life that’s bewildering, and leaves one at a loss for words. It’s not good and it’s not bad; it is what it is.

An email is going around and it would be hilarious if real people were not involved. It takes place at Walmart, and they’re all photos of Walmart customers in an assortment of – how to put this . . . I have to think about that. I’m glad I saw the email because, well, I just don’t know the reason yet. After that particular email though, I had to pull myself together and so I started thinking about those people caught in a lens and a camera’s click, and harshly exposed for the world to snicker at. The uninspiring photos say that these people are struggling in a way that an outsider can’t understand, and in a kinder world no one would have thought to expose them to ridicule.

” . . . and I love them unconditionally, which is the only kind of love worth bothering with.” – Go Gentle Into That Good Night, by Roger Ebert

“When we give ourselves the knowledge of who we truly are and the permission to express it – wholeness and healing burst through us as peace, joy . . . and love for self and others.” – Jerry Thomas

“We are raised on comparison, our education is based on it, so is our culture. So we struggle to be someone other than who we are. – J. Krishnamurti

“May I always be in the right place at the right time to do as much good as possible.” – Raymon Grace

“Wherever you are, whatever your condition is, always try to be a lover.” – Rumi

“What wisdom can you find that is greater than kindness?” – Jean Jacques Rousseau

“One can have no smaller or greater mastery than mastery of oneself.” – Leonardo da Vinci