On a Sunday a few weeks ago I went to the Coffee Bean located at Av. Shyris y Naciones Unidas, Edf. Shyris Park, across from Park Carolina in Quito, Ecuador. It’s a place  where a delicious cup of coffee is guaranteed.

That visit to the Coffee Bean turned into a trip to a part of La Ronda, one of Quito’s oldest neighborhoods. Alexander is the owner of the Coffee Bean, and he suggested that his wife Ekaterina and daughter Maria show me this old section. 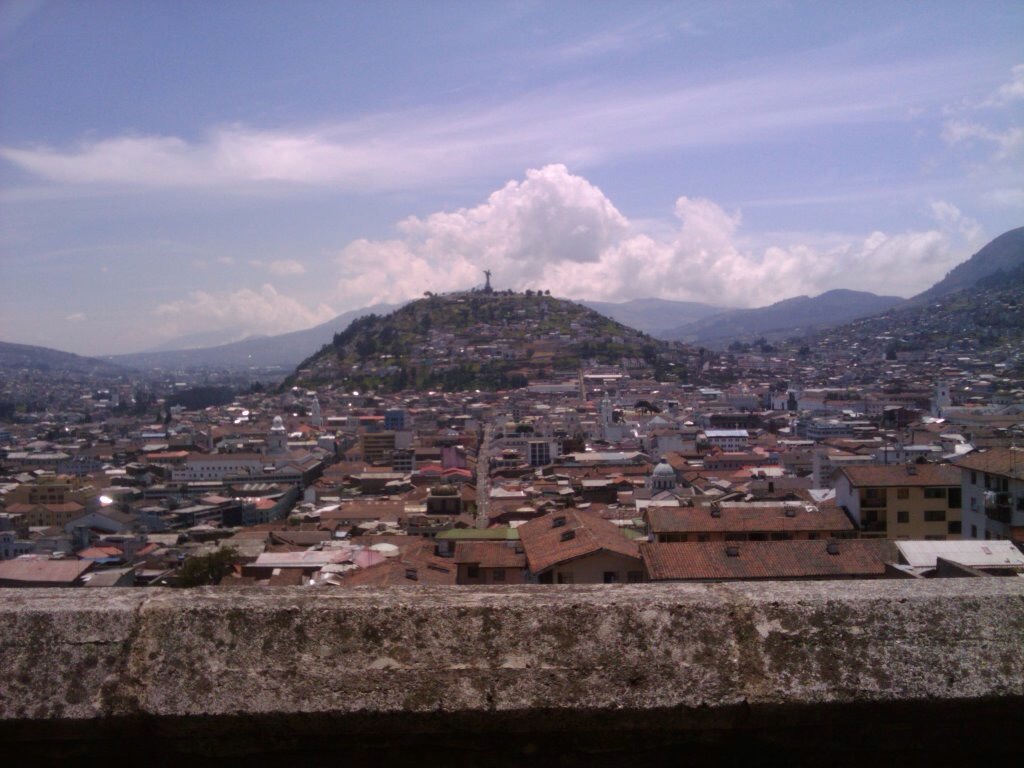 Off we went by taxi. Then, the driver said we’d have to get off (something about a tunnel). Okay, no questions asked. We walked a little, and soon were in front of the beautiful Basilica del Voto Nacional (Basilica of the National Vow). We climbed and climbed and climbed the steps leading to the top of the Basilica. I suspected as we went higher and higher, and as I listened to their conversation, that of all the buildings, the Basilica is the favorite of mother and daughter.

Then ekaterina and Maria pointed to a statute of the Virgin Mary. She is dipicted with the wings of an angel. Can you see it in the distance on that hill? It’s as close as I got.

Sunday in Quito having breakfast made by Cesar at the Coffee Bean, and then to the top of the Basilica, nice! 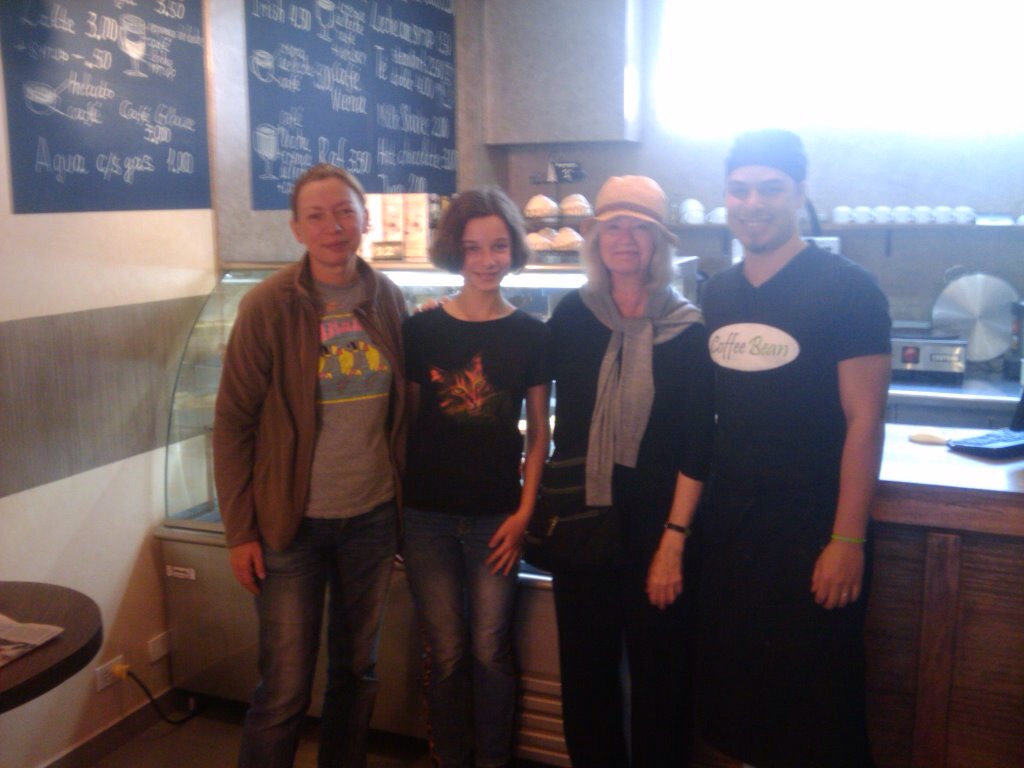 With Cesar on the right. He is from Venezuela.