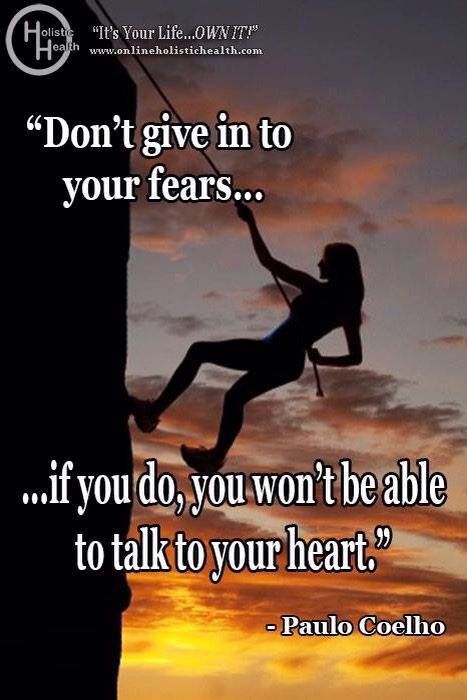 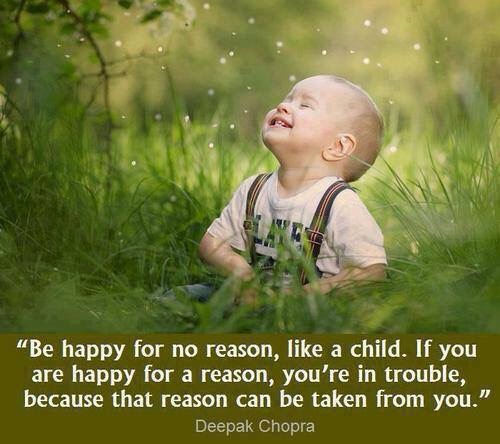 After reading this I thought you might want to also, so I copied and pasted and here it is.

“There’s an old line in the Simon and Garfunkel song that goes “I bruise you, you bruise me, we all bruise too easily”. How true! Of course we’re not talking about physical bruises per se, but more about mental bruises.
It seems that more and more people seem to care less about the destructive power of their words. Social discourse seems more concerned about making our point even if it ruffles others’ feathers. Sometimes it looks like we even like ruffling the feathers.
On the other hand, it seems like people are waiting to get bruised. It’s like we’re sitting around waiting for someone to say something that upsets us or we disagree with so we can fire back our verbal rockets.
The interactions of people on TV and on the Internet all too often follow an ever upward escalating course of bruising, being bruised, and bruising back. How can we stop this cycle?
One, it starts with each and every one of us becoming responsible for our words and actions. Each of us individually must set an intention to be, in the words of Don Miguel Ruiz, “impeccable with our words”. That is, we choose wisely our words so that they both communicate our meaning while maintaining our relationships. We can say what we need to say while being mindful of how it’s going to be received. We can choose to be kind in our language always. We can choose not to bruise others.
Two, we can toughen our skin and not be bruised so easily by the words of others. Again as Don Miguel Ruiz says, “don’t take things personally”. Someone else can state an opinion that’s different from you and they’re voicing that opinion takes nothing away from you. You can choose to disagree verbally or not. If you do choose to state your opinion, then again be impeccable with your words… communicate your meaning while maintaining your relationship.
Third, by you not bruising others and not allowing others to bruise you, you become a model for others and how they can break the cycle of negativity. By beginning with yourself, you expand your sphere of influence. By everyone taking responsibility to be impeccable with their words and to not take things personally, we can change the direction of social discourse to a positive direction.”
Mark 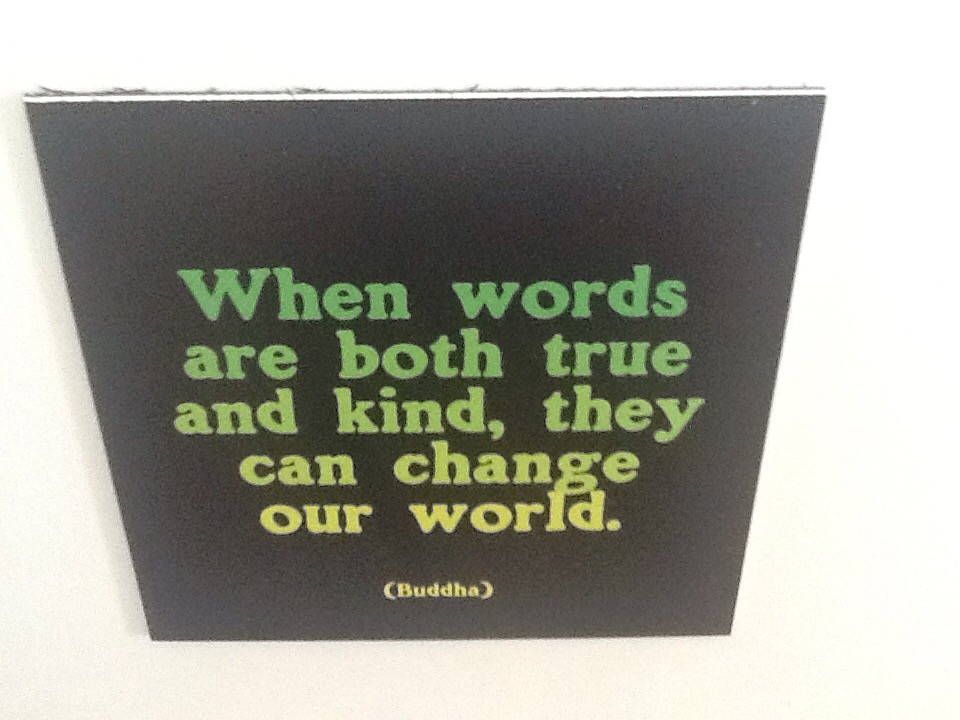 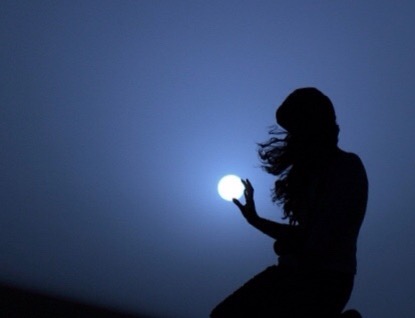 Go placidly amidst the noise and haste, and remember what peace there may be in silence. As far as possible without surrender be on good terms with all persons. Speak your truth quietly and clearly; and listen to others, even the dull and the ignorant; they too have their story.

Avoid loud and aggressive persons, they are vexatious to the spirit. If you compare yourself with others, you may become vain or bitter; for always there will be greater and lesser persons than yourself.

Enjoy your achievements as well as your plans. Keep interested in your own career, however humble; it is a real possession in the changing fortunes of time.

Exercise caution in your business affairs; for the world is full of trickery. But let this not blind you to what virtue there is; many persons strive for high ideals; and everywhere life is full of heroism.

Be yourself. Especially, do not feign affection. Neither be cynical about love; for in the face of all aridity and disenchantment it is as perennial as the grass.

Take kindly the counsel of the years, gracefully surrendering the things of youth. Nurture strength of spirit to shield you in sudden misfortune. But do not distress yourself with dark imaginings. Many fears are born of fatigue and loneliness.

Beyond a wholesome discipline, be gentle with yourself. You are a child of the universe, no less than the trees and the stars; you have a right to be here.

And whether or not it is clear to you, no doubt the universe is unfolding as it should. Therefore be at peace with God, whatever you conceive Him to be, and whatever your labours and aspirations, in the noisy confusion of life keep peace with your soul. With all its shams, drudgery, and broken dreams, it is still a beautiful world. Be cheerful.

Strive to be happy.

Like this article? Then join the Conversation with many others in EWAO !
By Max Ehrmann

Have you read this book? 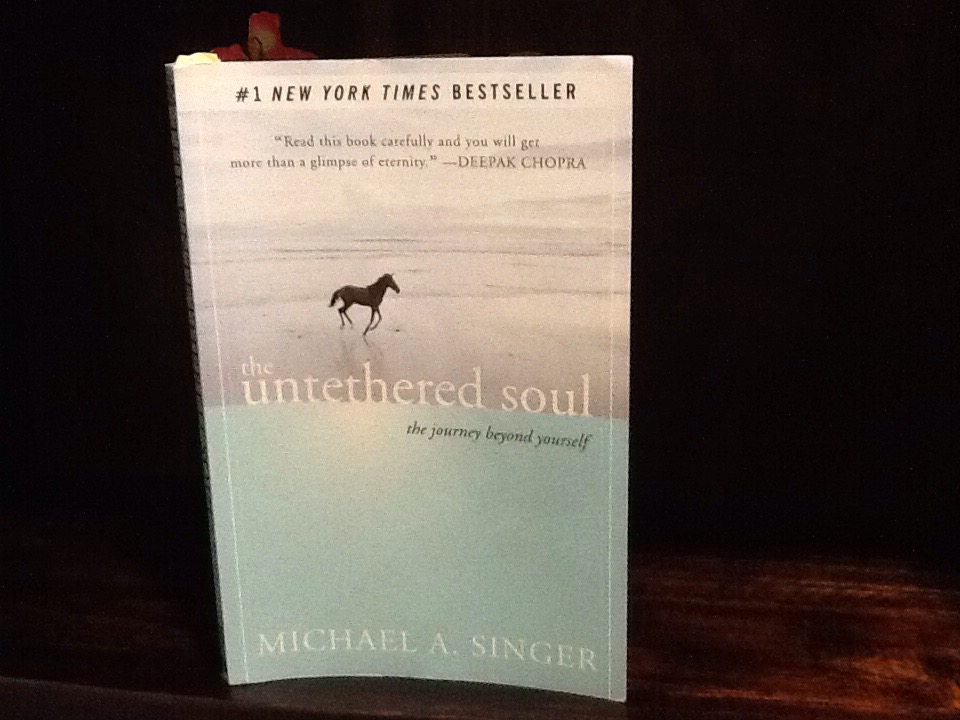 I’ve been in Cuenca, Ecuador a while, and I can say that it’s a nice lifestyle. The city is alive with culture, there are festivals of all kinds, music, restaurants, new foods to taste, inexpensive, sometimes hair-raising, bus rides to north, south, east, west, people eager to meet people, there’s a lot of support, a good medical system in place, lots of possibilities to learn Spanish either with a tutor or at a school, it’s a marvelous walking city, the big mercados are filled to the brim with fresh fruits and vegetables at unbelievable prices, there always seem to be a number of spacious homes and apartments to buy or rent, and, listen to this . . . that’s not all.

Sometimes though one’s heart says it’s time to move on. And as strange as that sounds after just listing the delights of living in Cuenca, that just might be the case. The Quito/Otavalo/Cotacachi area is beckoning. Every time I read or hear about that land north of Cuenca, I imagine what it would be like to live there. It was my original destination before I second-guessed myself, and that says something for listening to one’s gut feeling. Though, Cuenca, thank you, you have been so good to me. Perhaps at heart I’m a vagabond – at least for now. 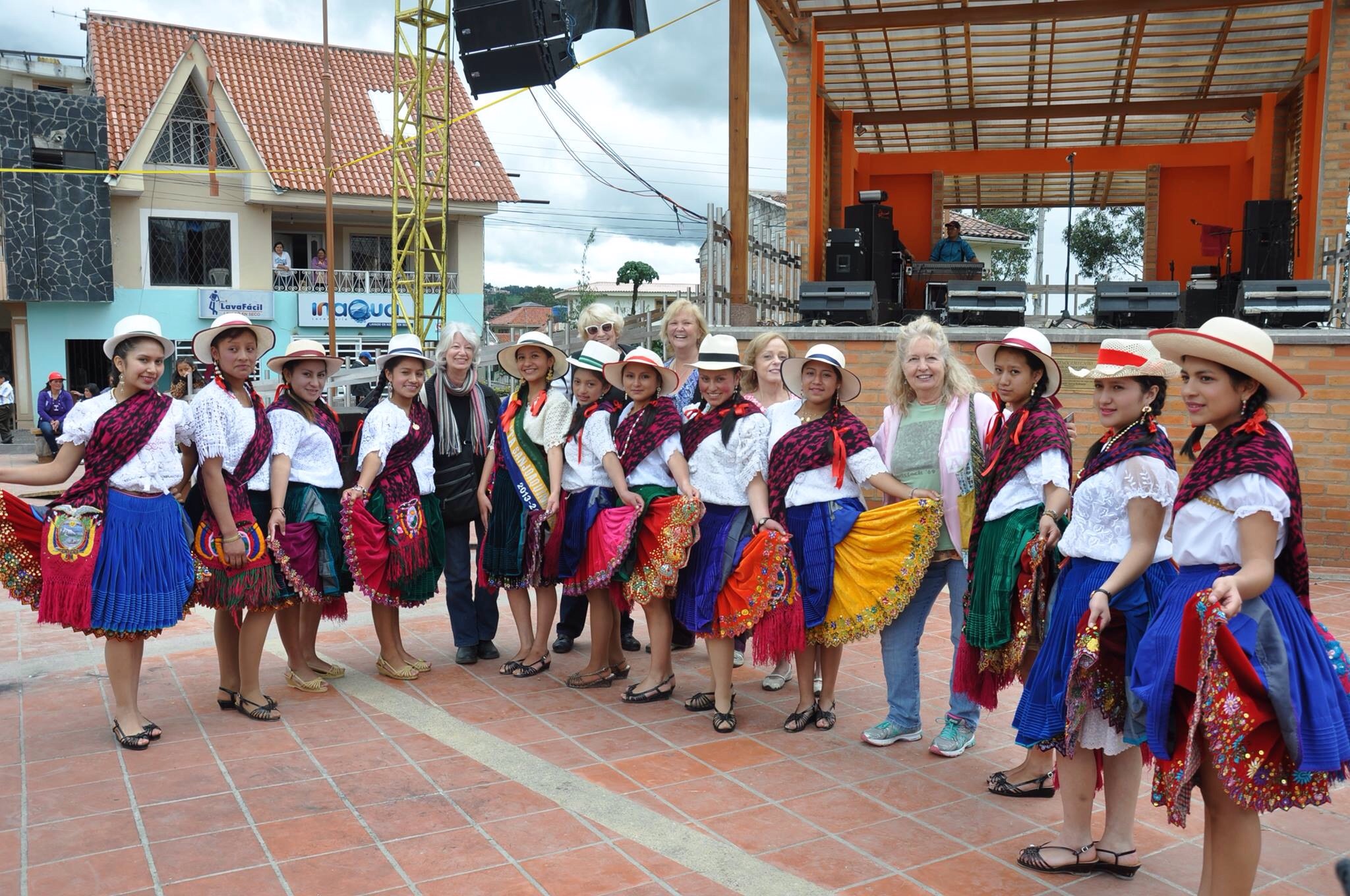 An invitation to join in the festivities.

I found a book at Carolina Bookstore in Cuenca; it’s called Quiet The Power of Introverts in a World That Can’t Stop Talking. It’s written by Susan Cain. I don’t think this book could have been written any better. To read it is to have a clear understanding of what it means to be an introvert. And, if you’re an extrovert, you’ll discover things about yourself that will enhance your life; things you never stopped to think about before because you were always so busy. I’m an introvert and, for most of my life, have been surrounded by a lot of extroverts. And, so I say, If you’re an introvert Quiet will rescue you from thinking you’re a bit anti-social. And if you’re an extrovert, Quiet will enhance your life by giving you a chance to take a breather from your daily strivings. So . . . introvert and extrovert, this well-researched, wonderfully interesting, completely absorbing book just might give you both a new lease on life.

Could Quiet possibly be one of the best books extroverts and introverts can give each other – on this special day? Quite possibly, yes.

Happy Valentine’s Day and ¡Feliz Día de la Amistad! (Day of Friendship in Latin America) to all you introverts and extroverts! 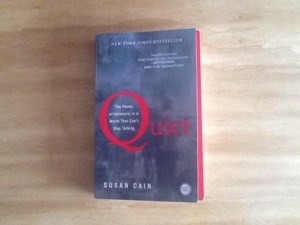 I’m wishing everyone a full-of-laughter kind of day.

Every time I look at him I burst out laughing – can’t help it; there’s such joy in that face. 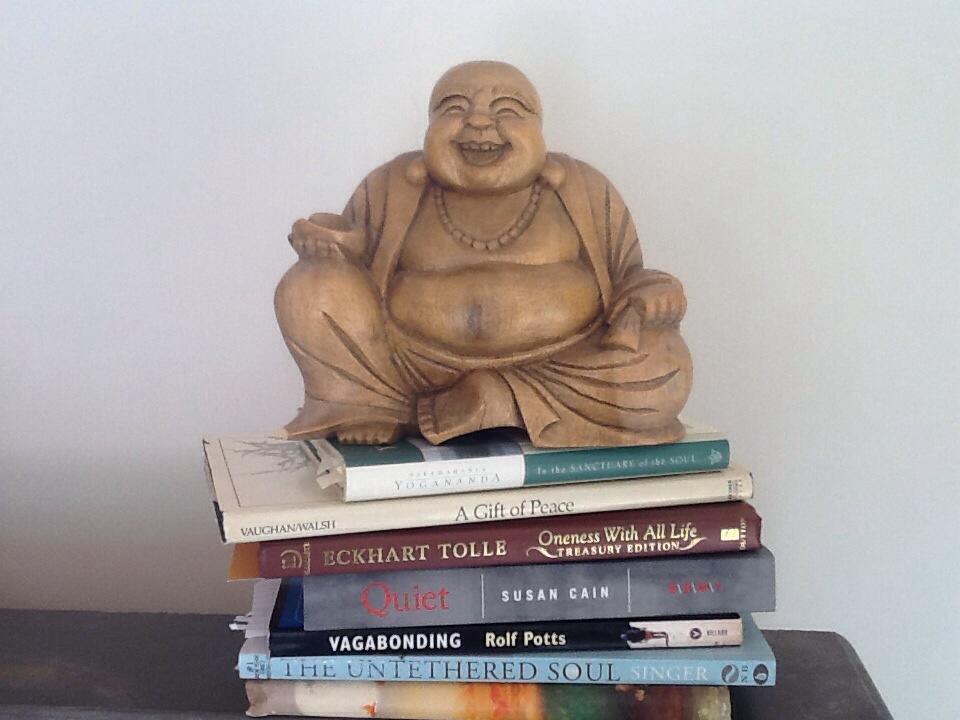 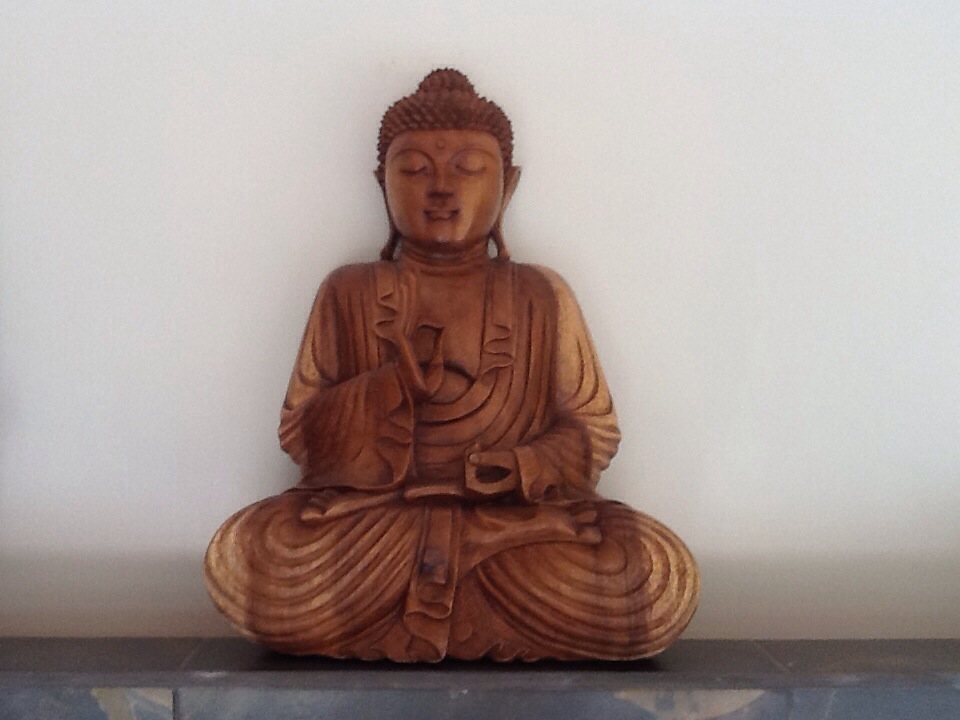 An utterly peaceful feeling comes around when looking at and listening to . . . 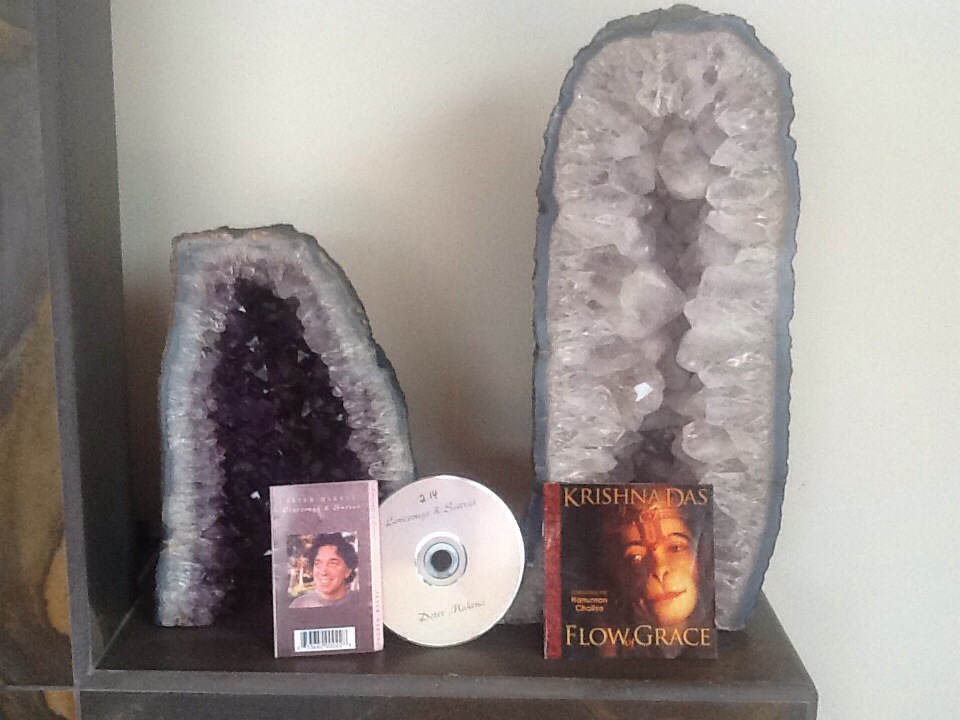