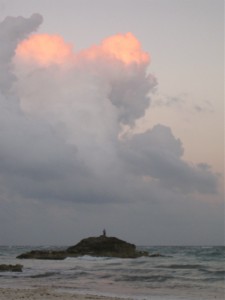 The Watkins Review magazine in London published a list of the 100 most spiritually influential living people. Are you up for reading about it?

We’re delighted to share our début list of the 100 most spiritually influential living people, that was published in the Spring issue #26 of the Watkins Review.* Yes, we’ve taken up the not so simple task of naming the most popular authors and spiritual teachers, whose contribution in spirituality and spreading awareness is affecting us all.

We live in an age of lists – from groceries and obituaries to Facebook friends, resume facts, lists of city capitals and lottery numbers. Of course, lists that classify the past, are easier to compile than lists that attempt to predict the future. With the holy grail of sorting algorithms, the world is sure to be your oyster.

Lists help us organize, explore and perceive our environments. But are so many lists really necessary? It is very much in vogue to publish lists of people: Time Magazine publishes an annual list of the 100 people who most influence the world; Forbes publishes several lists including a Celebrity 100 list, the World’s 100 Most Powerful Women, and a list of 1000 Billionaires; Art Review’s Power 100 is an annual list of the worlds 100 most powerful collectors, artists, gallerists, etc…

The lists of lists of people, just keep going and going. However, the Watkins Review believes that an important list has been long overdue, and we are delighted to share with you our list of the 100 Most Spiritually Influential Living People. Lists of influential people contribute to the discourse and issues that each person represents, and the Watkins Review hopes that our list will nurture the debates surrounding contemporary spirituality.

There are several factors that were taken into account when compiling the list. Listed below are the main three:
1) The person has to be alive
2) The person has to have made a unique and spiritual contribution on a global scale
3) The person is frequently googled, appears in Nielsen Data, and highlighted in throughout the blogosphere
It’s interesting to think about the amount of times that a person is googled; in a sense, being googled is a form of digital voting, and illustrates just how often someone is being sought out.

I’m not printing the names because these things change all the time. How do you feel about having a list of  “spiritual teachers”?

“Teachers open the door. But you must enter by yourself.”
– Qi The Journal of Traditional Eastern Health & Fitness, spring 2011, page 11
www.qi-journal.com