My frequently-looked-at resource book The Sunfood Diet Success System by David Wolfe suggests eating one or more melons in the morning for breakfast every day for 5-6 weeks. (He says that melons should always be eaten on an empty stomach.) And eat no other food until 12 noon. Why melons? He said they are rich in the B complex vitamins and the B complex vitamins bolster nerves. He also wrote that spells of depression are often associated with moments of low blood sugar, and that fruits should be eaten throughout the day to keep the blood sugar up. The short list of foods to avoid are: complex carbohydrates (rice, cookies, cakes, breads, french fries, baked potatoes), and alcohol which can cause erratic blood sugar fluctuations. (from experience I say that if you’ve ever been in the presence of a person who has low blood sugar you’ll want to carry a melon with you whenever you meet that person.) 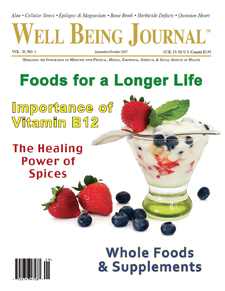 Also, in the September/October 2011 Well Being Journal from the U.K. there’s an article titled Importance of Vitamin B12. In the article is mentioned that many people who are suffering from various illnesses actually have a vitamin B12 deficiency. If you know of anyone who is going through depression, you might want to read the article, in fact, I’d say that reading the whole magazine is well-worth the time and effort.
www.wellbeingjournal.com

Clara De La Luna, Epoch Times Staff, in an article called Meditation Causes Changes in Brain Structure – Brain scans show increases in gray-matter density, wrote that: “Meditation” derives from the Latin root “mederi,” meaning “to heal.” And that: “In July 1977, the American Psychological Association recognized meditation as an important healing agent and a facilitator of the therapeutic process.”

In her book HERBS – Nature’s Medicine Chest, Susan Smith Jones, Ph.D. also wrote that “one of the primary roles of the B-complex vitamins in the body is to keep the nervous system functioning well, and deficiencies of these vitamins are associated with nerve problems, and an increase in stress-related symptoms such as depression. . . .”
www.SusansRemedies.com

Louise Hay in her book HEAL YOUR BODY – THE MENTAL CAUSES FOR PHYSICAL ILLNESS AND THE METAPHYSICAL WAY TO OVERCOME THEM has a listing from A to Y. I’m looking at the word “Depression,” and the metaphysical reason: “Anger you feel you do not have a right to have. Hopelessness. And the affirmation: “I now go beyond other people’s fears and limitations. I create my life.”

A wonderful book to have is ANCIENT SECRET OF THE FOUNTAIN OF YOUTH. I have BOOK 2. John Gray, Author of Men Are from Mars, Women Are from Venus wrote about this book: “It’s easy. It’s fast. And it works! I love this program.” I looked in the index for depression and on page 258-259 is a story of how the Five Rites worked for a couple, George and Lynell Roberts, who were given the book by their daughter. The story tells of how the Five RITES greatly helped them. Then a tragedy struck and the FIVE RITES were stopped, and George went into a depression. When he finally resumed them, he said, “something changed.” – his energy, his thinking. will to survive, etc. I think the book, from beginning to end, just might catch your attention, if you give it a try.

On page 224, Deepak Chopra wrote in LIFE AFTER DEATH that depression is rooted in abnormal uptake of the brain chemical serotonin.” And if you are interested in reading more, may I suggest that you read this excellent book.

Yoga, qi gong and tai chi, – the books and articles and talks seem endless about their ability to change body, mind, spirit when we consistently practice these ancient arts.

And let’s not forget the efficacy of herbs and spices, castor oil packs.

The exploration for treatments indicates that we live in a world having many possibilities.

It is easy to be the person you have always been, for it requires no change, no self-reflection, and no growth. It may appear that changing yourself requires giving up something. In reality, there is no need to give up anything – you must simply add to what has been.

Develop a profound belief in the universal law of cause and effect – the empowering conviction that we all ultimately direct our own lives.

There has never been, nor will there ever be a life free from problems. It is not the presence of problems but how we tackle them that determines the quality of our lives.

The mind is a powerful and mysterious force. It can make the best of the worst and the worst of the best.

Focus less on treating the symptoms than on eliminating the cause.

Until we learn the lessons inherent in unpleasant experiences, they will continue to hold power over us, and we will feel compelled to repeat them.

Intuition transcends the limitations of reason.

taken from: OPEN YOUR MIND, OPEN YOUR LIFE
A Little Book of Eastern Wisdom by Taro Gold